We just received the firearm permit:

"Permission to enter and export guns to Greenland incl. the national park. Valid from 10 April to 30 June 2014 in connection with Wings Over Greenland II under Ref. No. A-14-23."

While many polar travelers secretly hope for a friendly encounter with one of these majestic animals, such a situation may potentially be life threatening for both parties. 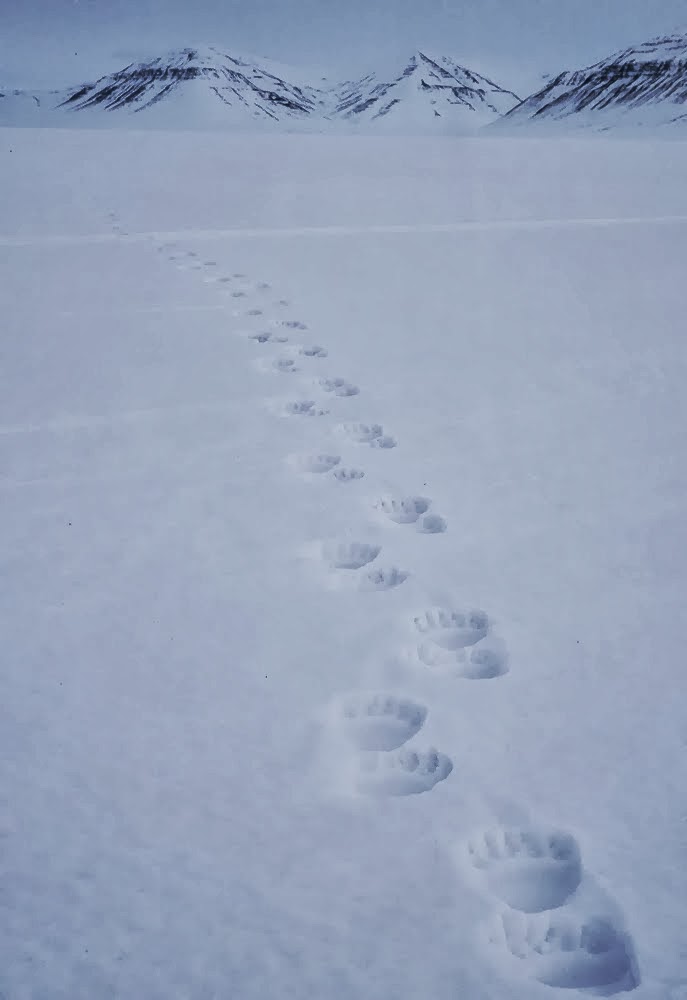 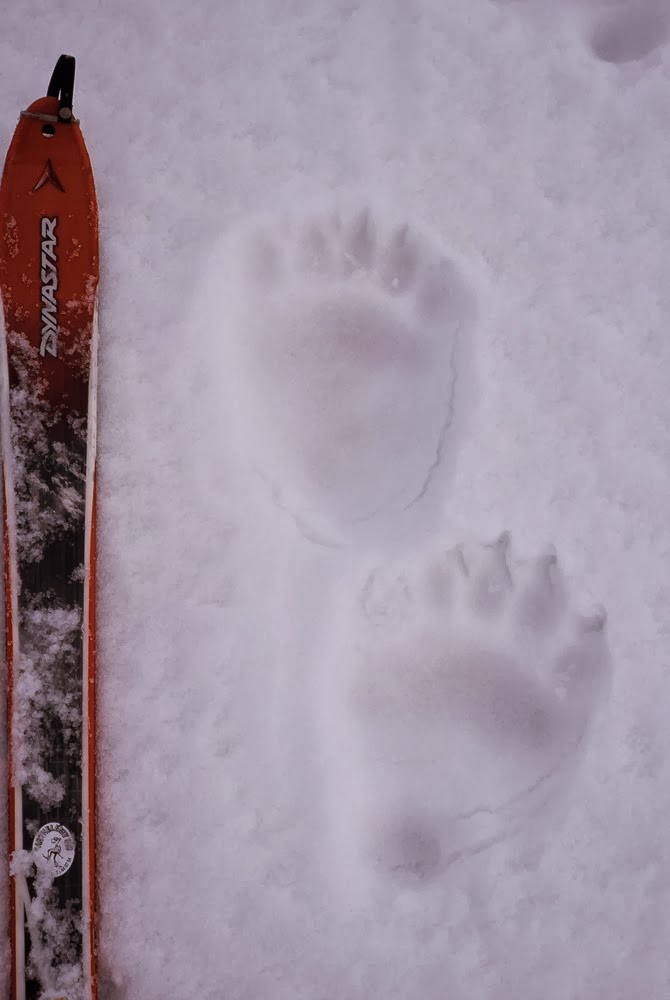 
Polar bears are protected and may not be hunted or shot by tourists, except as a last resort in self defense after several unsuccessful attempts to deter the animal.

Yet for this eventuality, expeditions are required to bring a firearm and to obtain the necessary permit.

We hope that we never have to make use of it.

Posted by cornelius strohm at 10:28 PM No comments:

Wings Over Greenland II - ON AIR

According to the cover letter for sports expeditions in Greenland:

" ...expeditions are required to bring as a minimum one Personal Locator Beacon (PLB), one portable marine VHF radio..."

... the radio permit, which we just received:

"The Radio Administration hereby grants "Wings over Greenland II, The Icecap Circumnavigation Project" permission to use VHF and Emergency radio beacon for the circumnavigation of the entire icecap"

Posted by cornelius strohm at 12:17 AM No comments:


When Nansen set out in 1988 to cross the Greenland icecap east to west, he knew, he would either reach the west coast as planned - or not. There was no way back and no hope for efficient help.

Today, rescue is possible. We bring VHF radios, and of course we are going to bring a satellite phone. We are even going to bring two of them. In case one of them breaks. We have two batteries for each of them. And we we will also have two solar panels, and two buffer and storage batteries to recharge equipment as the satellite phones. Yet still many things could potentially go wrong. What if both satellite phones are damaged and we are in difficulty? What if we run out of battery and the solar panels are broken when we need help? What if all of our pre-paid satellite phone units are already spent right when we get in trouble?

This is why the rescue procedures are regulated by the Government of Greenland and why the expedition office requires in their "Cover letter for sports expeditions in Greenland" to bring a personal locator beacon as the last resort:

"5.1. Radio requirement and permit
All expeditions are required to bring as a minimum one Personal Locator Beacon (PLB), one portable marine VHF radio and one satellite phone."

"5.1.1. Personal Locator Beacon (PLB) requirements
Projects and expeditions taking place in uninhabited areas (i.e. outside towns, hamlets, or stations) in North and East Greenland, anywhere on sea ice, or on the Ice Cap are required to bring an approved (certified) emergency radio beacon ('Personal Locator Beacon': PLB). The PLB must be capable of simultaneous transmission on 121.5 MHz / (243M Hz) and 406 MHz with a 121.5 MHz homing device and continuous transmission using an internal power supply for at least 24 hours at an ambient temperature down to -20° C."

We just bought a brand new Kannad Safelink Solo PLB. Normally when getting new equipment we are all excited to unbox it and to try it out as soon as possible. This one is a little different though - we hope to never use it at all...

Already one foot in Greenland !

Flights to Copenhagen [Denmark] and Narsarsuaq [South Greenland] are now booked ! A symbolic step in the realization of this huge adventure that will capture us 24H/24 for 65 days ... 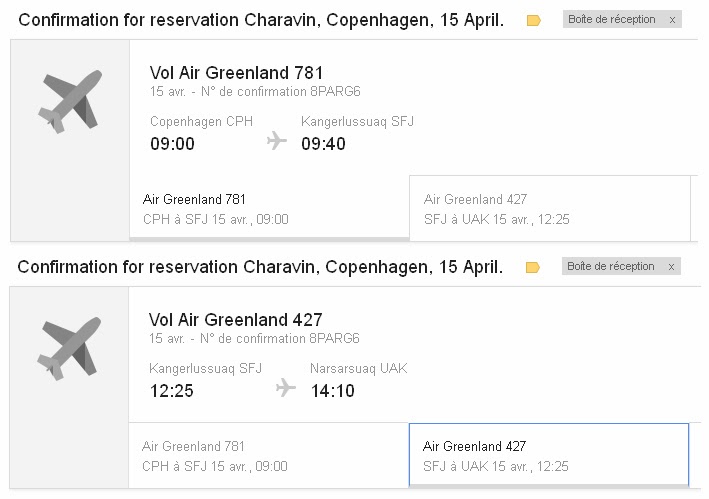 Posted by Unknown at 2:53 PM No comments:

J - 90 / Permit Application in progress. The count-down has begun!

The project has been submitted to the Greenland authorities (Expedition Office, Ministry of Domestic Affairs, Nature and Environment) a few days ago. A permit application is pending. File A-14-23.

Any expedition operating outside populated areas (in green on the map) is subject to authorization by the Government of Greenland. 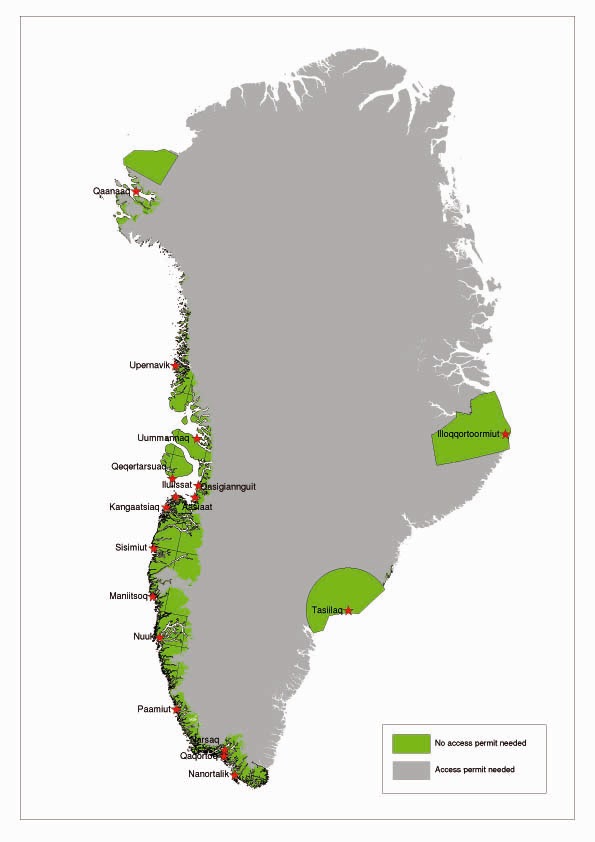 To obtain this authorization, it must, among other things, meet the following requirements: - An expedition operating in the area covered by the Executive Order no. 138 of 10 February 2010 in North or East Greenland and anywhere on sea ice must obtain SAR insurance as well as an evacuation insurance covering all participants. The SAR insurance must cover the amount of DKK 1,000,000 [130 000 €] with the Danish State as the sole beneficiary if the project or expedition takes place inside the area covered by the Executive Order on remote
travel. An expedition required to have SAR insurance must also for each participant obtain an additional evacuation (ambulance) insurance covering the amount of DKK 600,000 [80 000 €] for expeditions travelling to the far North of the Greenland National Park, above latitude 78 °N


Anecdotally, we have just spent a month and a half, and an unspeakable number of email and phone exchanges, trying to find an insurance company, in France or abroad, willing to insure the expedition. The only solution found so far is a Greenlandic insurer. Amount of insurance between 5500 and 7000 € ! Ongoing story ...

- submit a signed bank guarantee [27 000 €], stating that the expedition as a whole has sufficient funds to be able to pay for a possible transport from the icecap to the nearest city. The bank guarantee should be used in situations which are not covered under the SAR and medical evacuation insurance. Some examples are if a participant has overestimated their physical/psychological capacities and thus does not wish to continue the expedition, or if the expedition encounters extensive melt water on the icecap that make a continuation impossible. Basically, all situations that require neither a Search and Rescue operation nor a medical evacuation.

All expeditions are required to bring as a minimum one Personal Locator Beacon (PLB), one portable marine VHF radio and one satellite phone.

Projects and expeditions taking place in uninhabited areas (i.e. outside towns, hamlets, or stations) in North and East Greenland, anywhere on sea ice, or on the Ice Cap are required to bring an approved (certified) emergency radio beacon ('Personal Locator Beacon': PLB).

In addition to the PLB, all expeditions are required to bring a marine VHF radio. Marine VHF radio sets are a combined transmitter and receiver and only operates on standard, international frequencies known as channels. Channel 16 (156.8 MHz) is the international calling and distress channel, which expeditions must use in case of emergency to get in contact with the authorities rescue units (including both marine vessels and helicopters).

Finally, all expeditions are required to bring a satellite phone.

- Carrying a PLB and other radio equipment in Greenland requires a radio permit. To obtain a permit, the radio permit application form must be completed and sent to the Radio Administration, which is the responsible authority.


- Expeditions to the Greenland National Park are obliged to bring a firearm as well as polar bear deterrents. The minimum calibre  for  firearms  is 30.06  (7.62 mm), in accordance with  the Executive Order on the Protection and Hunting of Polar Bears. Be aware that firearms
may only be used in self defence. All expeditions in the National Park must apply for a firearm permit and need to fill out the firearm application form and send it to the responsible authoritythe Chief Constable of Greenland.

Posted by Unknown at 3:15 PM No comments:

Email ThisBlogThis!Share to TwitterShare to FacebookShare to Pinterest
Labels: permit 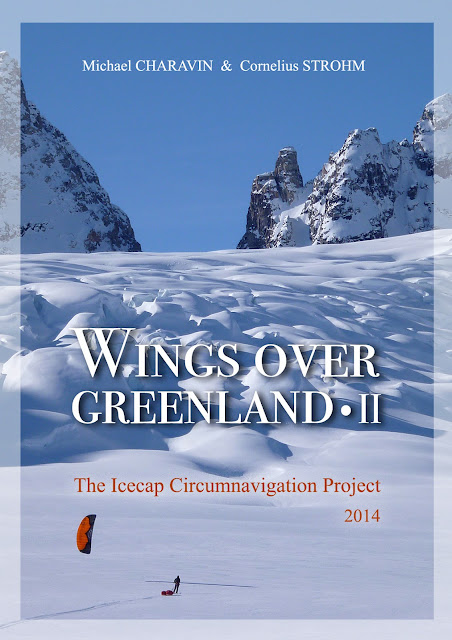 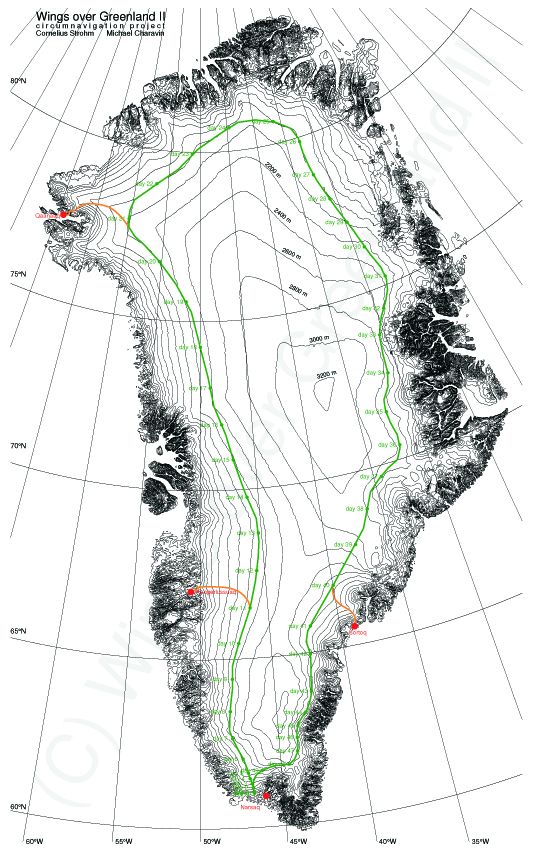 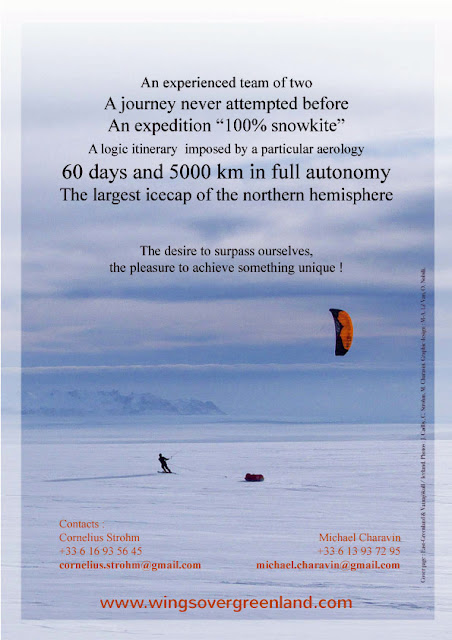